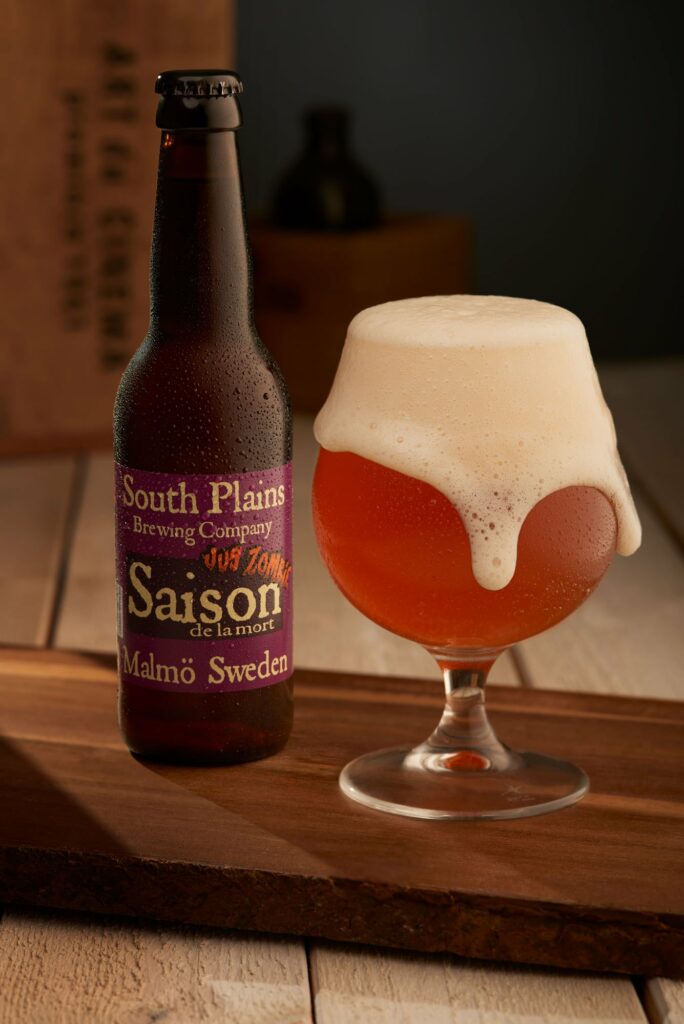 In 2015 I created a French-Belgian farmhouse Saison (pronounced say san), fermented on red beets & raspberries. The word Saison in French means ‘season’ as it is a traditional seasonal beer among the farmhouses. The yeast is very special for the Saison, coming originally from the Wallonia region of  Belgium, the flavor is tart, tangy, peppery and has wild micro-flora to create a farmhouse funk. Combine that with the earthy red beets and tangy raspberries and you have a unique-progressive beer. The bright purple color, I thought to call it Zombie Juice, then decided to go French so the name became ‘Jus Zombie’ Season of the Dead.  The logo of the Zombie fist (as the South Plains logo of the raised fist) was created by Randy Lillegaard Larsen, a old friend that is normally sketching elves and fairies for Lego in Denmark.

Each bottle is labeled with the batch # near the expiration date. Like most progressive beers, many people love it, some think it’s strange, and a few hate it.